A plaque on the wall hints only briefly at the eventful history of the Listowel Arms.
Yes, the Liberator himself, Daniel O’Connell, was here. Yes, it was also here that another political giant Charles Stewart Parnell, coined his most famous exhortation:”Let no man set a boundary to the march of a nation!”.
But these are just instances of the many great names and the countless encounters that these rooms have witnessed over two centuries. The sense of tradition is palpable.
The tradition of service is also rich. As long ago as 1842 the Victorian writer W.M.Thackeray recommended the place. Another commentator, Richard Colt-Hoare, in 1865, described the Arms as ‘one of the best in Ireland’. 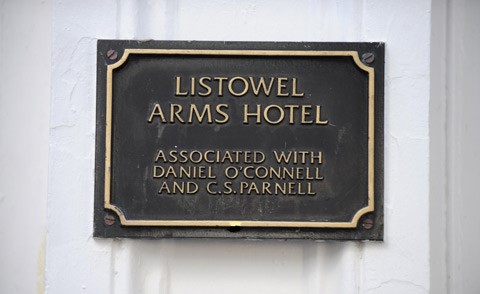